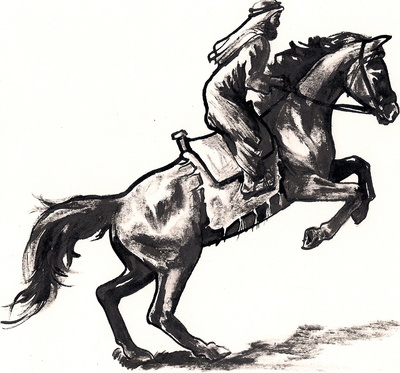 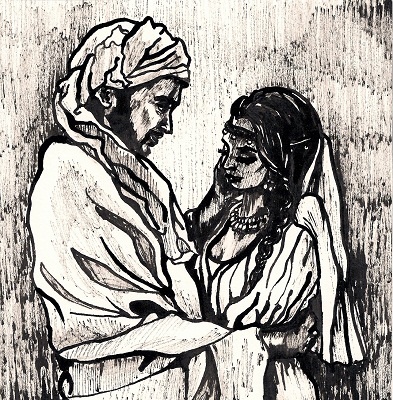 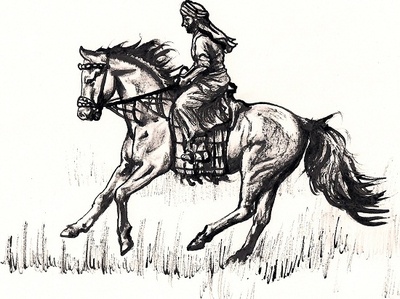 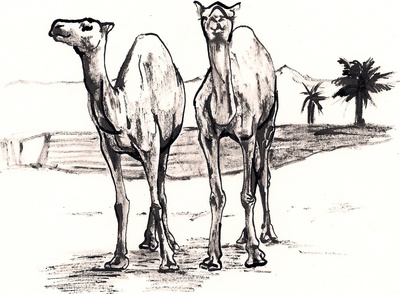 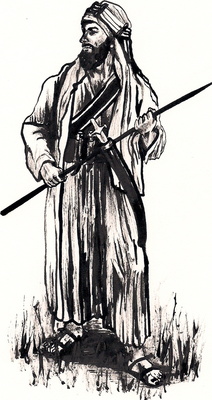 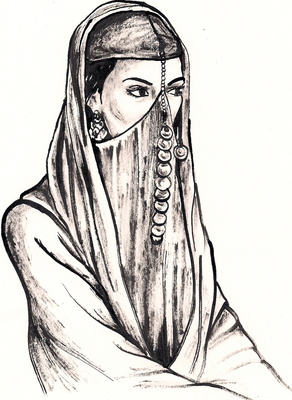 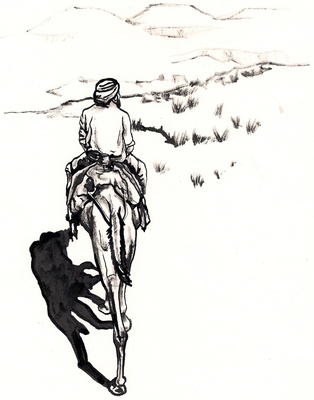 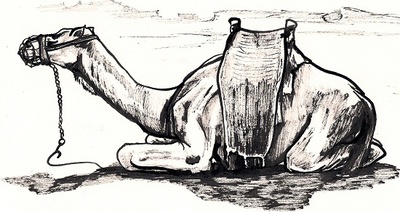 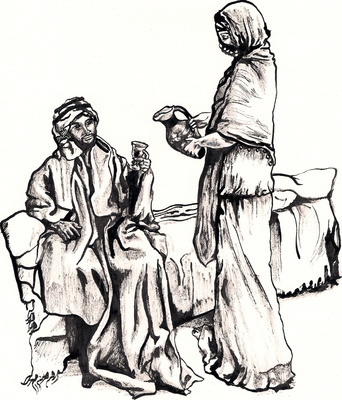 These reed pen drawings by Harriet Muller were commissioned as illustrations to The Seven Mu'Allaqat, Three Important Translations, edited and introduced by Robin Saikia, to be published this year by Parliament Hill Press. The Seven Mu'Allaqat are the most important works of pre-Islamic Arabian poetry and are often referred to as the Golden Odes of pagan Arabia. The odes celebrate and reflect the customs and way of life of the Bedouin tribes of the Arabian peninsula. Their central themes are love, war, tribal revenge, hospitality and the unforgiving but majestic beauty of the desert landscape. Robin Saikia's study compares three important translations of the Odes by William Jones, F E Johnson and Wilfrid Scawen Blunt, from the 18th, 19th and 20th centuries respectively. The translations reflect changing Western perceptions of the Arab world over the centuries. They reveal that the Mu'Allaqat remain a vital key to an understanding of the Arab temperament, deeply rooted as it is in the distant pre-Islamic past.