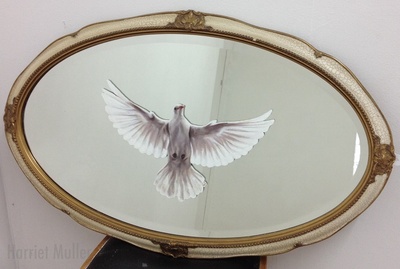 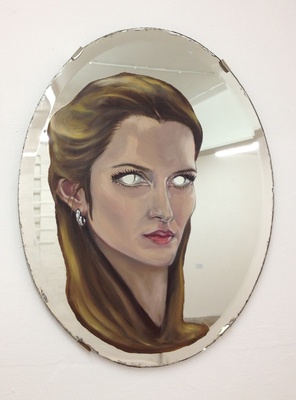 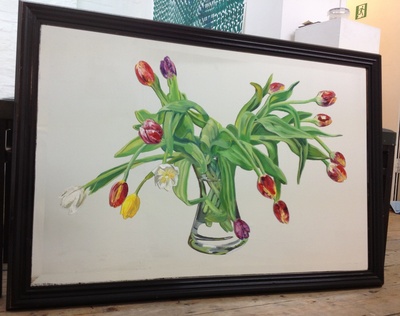 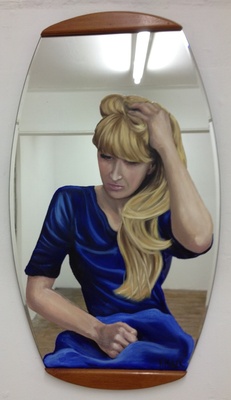 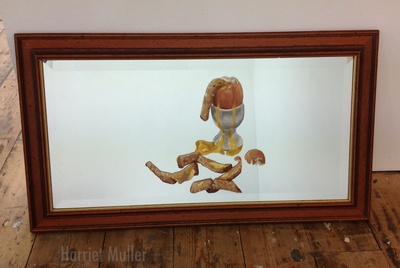 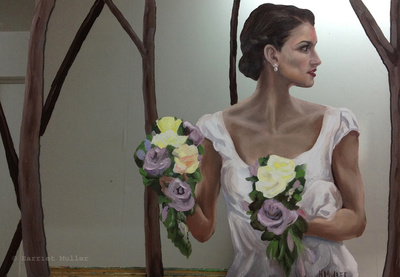 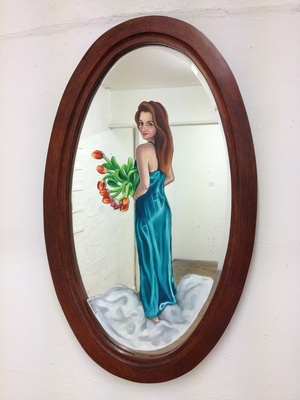 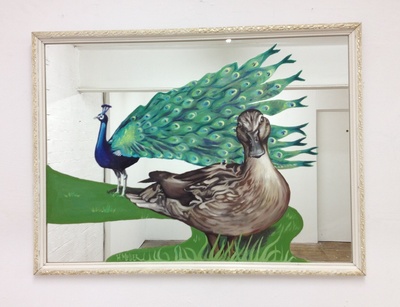 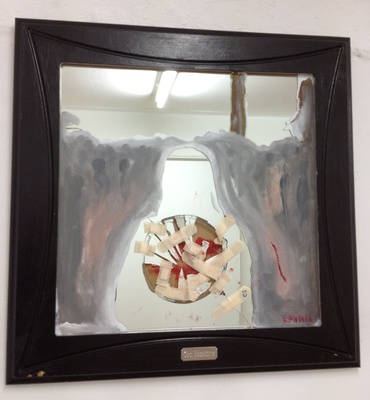 'The Friends of Narcissus' is an exploration into the role of the viewer in a work of art. Every mirror in the collection has been carefully selected; Harriet Muller was keen that each one should have seen at least a thousand faces.

The paintings depict various narratives but all tackle Carl Jung’s notion of the ‘shadow’ as an unconscious and often negative aspect of our personality hiding behind the social masks we wear. However, according to Jung, this shadow side can be converted into a source of creativity: this is what the artist has endeavoured to achieve and in turn invites the viewer to reflect on their own shadow.

The Surveillance diptich is based on the idea that members of society are encouraged to adhere to a prescribed set of behaviours and actions. Anything deviating from the status quo is subsequently disparaged, therefore forcing a person to hide behind their socially acceptable mask.

In the same vein, ‘Paradise Lost’ is about the shiny veneer we present to the world to obfuscate the sometimes uglier side to our personality. The waterfall rather than being a cleansing source, instead is tainted with paint.

‘Helen of Troy’: the paragon of beauty in Ancient Greece represents the ephemeral nature of fame, status and beauty and the great importance given to these attributes in modern society. Furthermore, ‘The Duck and The Peacock’ deals with conceit and pride in one’s physical appearance as opposed to humility and sensitivity of character.

‘Tulip’ and ‘Dancing With My Shadow’ illustrate the artist’s own shadow side; a character she has named Tulip.

Finally, ‘Mask’ portrays the reality which hides beneath the attractive social façade we present to the world. The viewer can participate in this piece by placing their eyes in line with the painting and ‘wearing’ the mask.